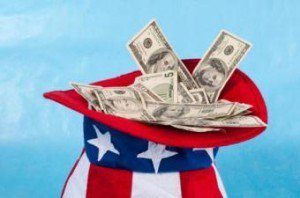 The aggregate value of the U.S. housing market is climbing due to the ongoing rise in home equity, according to the Urban Institute’s Housing Finance at a Glance Monthly Chartbook for January 2017.

The share of homes in the U.S. with negative equity is 6.3 percent (3.2 million homes) as of the end of the third quarter last year, according to CoreLogic’s latest data, which is a fraction of the peak negative equity rate of higher than 30 percent in 2012.

The result in the consistent rise in home equity over the last four-plus years has been an increase in the aggregate value of the housing market across the country, up to $23.9 trillion as of the end of Q3, according to Urban Institute. Total debt and mortgages made up $10.2 trillion of that $23.9 trillion, while home equity accounted for $13.7 trillion of it. Another 1.6 percent of residential properties were in near negative equity, or those with LTV ratios between 95 and 100, as of the end of Q3, according to CoreLogic. 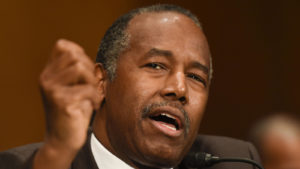 An hour after Donald Trump assumed the presidency Friday, his administration indefinitely suspended a pending rate cut for mortgage insurance required for FHA-backed loans, which are popular with first-time home buyers and those with poor credit.

The move by the Department of Housing and Urban Development — one of the first acts of Trump’s administration — reversed a policy announced in the waning days of the Obama presidency that would have trimmed insurance premiums for typical borrowers by hundreds of dollars a year.

Some Republicans expressed concern that the rate cut could cost taxpayers if the loans started to go sour and the Federal Housing Administration was unable to cover the losses. The agency needed a $1.7-billion bailout from the U.S. Treasury in 2013 after it expanded its role last decade after the collapse of the subprime mortgage market. 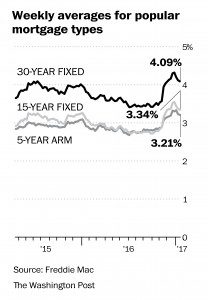 Mortgage rates receded for the third week in a row as financial markets reacted to a handful of economic news.

The consumer price index grew 2.1 percent, the quickest rate in five years, signaling that inflation is creeping up. The Federal Reserve released its “beige book,” a collection of anecdotal information on the economy, which indicated the economy was growing at a modest rate. Federal Reserve Chair Janet Yellen said Wednesday she expects interest rates to rise “a few times per year” through 2019.

Long-term bonds went on a wild ride this week as yields plummeted on Tuesday before bouncing back Wednesday. The yield on the 10-year Treasury, one of the more reliable indicators of where mortgage rates are headed, fell to 2.33 percent, its lowest level since late November. The next day, it rebounded to 2.42 percent, its biggest one-day gain since Dec. 9.

With the financial markets likely to remain uncertain for the near future, mortgage rates are expected to be just as unpredictable. 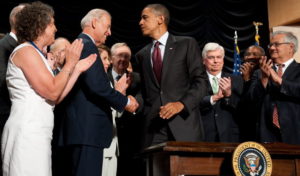 Why Dodd-Frank Has Little to Fear From Constitutional Challenges

One of the ways that businesses have fought back against greater financial regulation since the financial crisis has been to claim that the new oversight threatens the bedrock principle of separation of powers.

These arguments have earned some sympathy from the federal judiciary. Courts in Denver and Washington have recently declared some aspects of the 2010 Dodd-Frank Act to be unconstitutional on separation of powers grounds.

But these declarations have been almost entirely empty of content. The courts have fallen over themselves to assure everyone that the unconstitutional agency powers should continue to be exercised almost exactly as before. 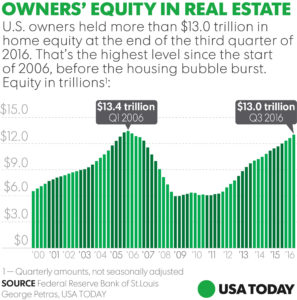 It’s a tale that has been told over and over — Millennials just aren’t buying homes and instead are sticking to renting.

The absence of Millennial homebuyers is a big story for the economy, because housing sales and construction are big drivers of jobs. But it’s also an equally big story for the personal finances of Millennials, who are missing out on the real estate wealth that bolstered the balance sheets of previous generations.

“The most impactful contributor to consumer wealth since the great financial crisis has been growth in home equity,” said Brad Friedlander, managing partner at Angel Oak Capital Advisors. “Similarly, there has been a growing wealth gap between homeowners and renters, largely due to home equity.”