LL&TS toasted the holidays with a Christmas party for customers and clients on December 4th, 2018.  The event was held at our office with yummy food, festive drinks, merry fellowship, and even a few gifts from Santa.  Thank you to all of our friends who were able to come and celebrate a successful 2018 with us!

Lawyers Land and Title Services, LLC along with Kious, Rodgers, Barger, Holder & King, PLLC hosted the Rutherford County Chamber of Commerce Business After Hours event on October 9, 2018.  The Oktoberfest theme incorporated the sights, sounds and smells of the historical food and beer festival.  To create the atmosphere of a biergarten, a large tent was decorated in the traditional blue, white and yellow swags and streamers with lights, Bavarian checkered flags and fall decor.  Tables were lined up like a beer hall, and Polkawagen, a German oompah band complete with lederhosen, provided the background music. Dallas & Jane Catering prepared tasty Bavarian bites including bratwurst and spaetzle, pork schnitzel sliders, German potato salad, jumbo soft pretzels, apple strudel and gingerbread heart cookies.  Three Oktoberfest craft beers and a signature fall cocktail were served up by Julie’s Bartending in souvenir beer steins.  The weather cooperated and it was a fun night of networking, food and fun.  Danke schoen to all who came out and supported us!

The Gulch office will be an extension of the company’s headquarters in Murfreesboro, Tenn., meeting the increasing demand of real estate closing services in the metro area. This is the second office location for Lawyers Land & Title Services since its founding in 2010.

“We have investigated the possibility of opening a second location over the past year. After much thought, we have determined that a location in Nashville would best serve the needs of our customers,” said J.D. Kious, Lawyers Land & Title Services attorney and president. “This company was founded during the downturn in 2010, so our growth is reflective of growth in the market.”

The Gulch is a dynamic mixed-use LEED certified community in the heart of Nashville. The neighborhood was the first LEED ND neighborhood in the South with a strong focus on connectivity, walkability and public transportation. Conveniently located on the southwest border of Nashville’s Central Business District just two blocks from Music City Center, the vibrant urban development and redevelopment is home to the very best in urban living, office, retail, restaurant, entertainment venues and hospitality.

The addition of the Gulch office is part of a larger effort to streamline services provided by Lawyers Land & Title Services. It comes on the heels of the newly allocated residential and commercial divisions of the company within the last 18 months.

How a government shutdown impacts real estate and housing

Loan approvals and mortgages could be delayed, but experts think the housing market would bounce back.

With a dispute in the Senate over the immigration program DACA still unresolved, the government shutdown continues for a third day on Monday morning after Congress’s failed attempts to pass a spending deal that would fund the government through mid-February.

A Senate vote on an agreement that would end the shutdown and fund the government for another three weeks is scheduled for noon ET Monday. Whether the plan will gain enough support from Democrats is unclear, according to CNN, but until business as usual resumes, homebuyers and sellers could be in store for headaches — but not any long-term setbacks.

Banks and private lenders will operate as usual, housing experts told Inman News. But the mortgage applications they approve or deny include tax records and financials requiring certification. Fannie Mae and Freddie Mac, despite being government-sponsored enterprises, are not government agencies — and therefore are not affected.

At HUD, which oversees the Fair Housing Act, nearly all of the agency’s approximately 8,500 employees are prohibited from working during a shutdown, which puts a halt to all “meetings, visits and appearances” by HUD employees. Borrowers who apply for loans through the Federal Housing Administration (part of HUD) or the Department of Veterans Affairs will face delays.

National Association of Realtors President Elizabeth Mendenhall emphasized that a long-term shutdown could pose larger problems for the housing market and called on senators to vote in favor of a budget extension Friday.

On Thursday, House Republicans voted to extend a budget deadline past Friday, but without concessions on immigration, including permanent protection for so-called Dreamers in the federal DACA program, 45 Senate Democrats and five Senate Republicans voted against the measure, triggering the shutdown.

Well, those companies now have some serious competition from a company that boasts an audience that dwarfs all of those sites put together – Facebook.

Facebook announced last week that it is significantly expanding the real estate listings section on its Marketplace, which is Facebook’s attempt to take on Craigslist, eBay, and other e-commerce platforms.

And if Facebook’s previous history is any indication of its future successes, Marketplace will eventually blot out the e-commerce sun, just as Facebook already did with social media – as evidenced by Facebook’s monthly active user count of 2.07 billion.

According to information provided by Facebook, since the beginning of this year, search volume in the Marketplace tab has grown 300% globally.

And now, Facebook is bringing that audience to real estate listings.

Facebook currently allows individual homeowners to list their homes for sale on Marketplace. According to Facebook, the feature is “rolling out gradually” and is currently only available via the mobile app in the U.S.

And while the feature is “rolling out gradually” for home sales, Facebook is going full force into rental listings, via partnerships with Apartment List and Zumper.

Through the agreements, Marketplace users can now search through hundreds of thousands of rental units provided by Apartment List and Zumper, all while they’re on Facebook.

Facebook isn’t just dramatically increasing the number of rental listings on Marketplace, the social media monolith is also improving the capabilities of its platform. 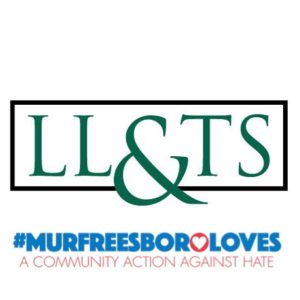 Lawyers Land & Title Services, LLC joins Mayor Shane McFarland and other community leaders and organizers in condemning the rally scheduled for this Saturday at the square in Murfreesboro.

As long-time residents of the downtown business community, we feel it is necessary to acknowledge and denounce the unwelcomed infiltration of recognized hate groups in our neighborhood.

Lawyers Land & Title Services, LLC represents Middle Tennessee businesses and individuals with a commitment to providing a wide range of real estate closings and legal services. Our roots run deep in Middle Tennessee as evidenced by the active part we play in the community we represent. Our strong sense of community is reflected in the personal interest we take in each client which is why we oppose the violent rhetoric used by the organizers of this rally while also recognizing the right to free speech and protest. We believe our cultural differences and unique qualities are what make Murfreesboro and Middle Tennessee such an attractive and desirable place. #MurfreesboroLoves