This year marks the seventh year since the influx in bankruptcy declarations in 2010, therefore millions of Americans will see bankruptcies begin to fall off their credit report.

Over the next five years, about 6 million Americans will have their bankruptcies disappear, possibly sending a flood of more homebuyers into the housing market, according to an article by AnnaMaria Andriotis for The Wall Street Journal.

Data from the U.S. Bankruptcy Courts analyzed by HousingWire, shows Chapter 7 non-business bankruptcies peaked in 2010 during the housing crisis then decreased over the next few years before leveling off in late 2015 to 2016.

In 2010, the number of Chapter 7 bankruptcies, the most common type of bankruptcies which do not involve a plan of repayment and instead liquidate the filer’s assets, increased to nearly 1.14 million. Of those, nonbusiness Chapter 7 filings made up about 1.1 million, according to the U.S. Bankruptcy Courts.

For comparison, the number of Chapter 7 bankruptcy filings among non-businesses in 2007 totaled just more than 500,000, data from the U.S. Courts showed.

After hitting the peak in 2010, bankruptcies once again began to slowly decrease. In 2016, Chapter 7 non-business bankruptcies slipped to 473,673 filings.

Now, seven years later, these bankruptcies will begin to fall off, improving the credit score for millions of Americans, and enabling them to once again consider homeownership.

Credit scores reached a record high this Spring and the share of Americans in the riskiest borrower category hit an all-time low, according to the WSJ article. As bankruptcies continue to fall off credit reports, credit scores will continue to improve, and more consumers could begin to enter the housing market.

This will create even more competition in an already tight market. Home prices continue to increase as inventory levels drop. And experts say don’t expect it to let up anytime soon.

And Hispanic homeownership could also see an increase over the next few years as President Donald Trump and his administration seek to “dismantle” the Dodd-Frank Wall Street Reform Act, which could give lenders more freedom to originate loans outside traditional qualified mortgages. They could then, perhaps, extend more lines of credit to the Hispanic population.

And don’t forget first-time homebuyers. The most recent report from Ellie Mae shows where there is available inventory, Millennials are ready and willing to buy a home.

Overall, homeownership rates could boom over the next few years. That is, if struggling inventory levels can keep up. 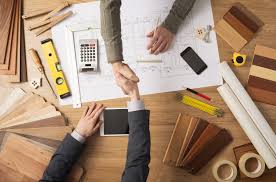 This issue arises due to the nature of mechanic’s liens. Specifically, if a contractor does not receive duly owed payment for furnished labor, services or materials, then the contractor may file a lien against the real property for the amount owed (in accordance with state law). In addition, in most states, the priority of the lien typically relates back to the date that the labor, services or materials were initially furnished by the contractor. During construction (and after the title insurance policy is issued), a lender could lose its lien priority in an advance to a mechanic’s lien if the contractor’s work began before the future advance is disbursed.

A lender can insure against such a loss of priority by negotiating with the title insurer to (i) include mechanic’s lien coverage in the title policy jacket or (ii) obtain certain endorsements to the title policy for such coverage. Those familiar with the American Land Title Association (ALTA) forms of titleinsurance policies and endorsements know that the standard covered risks include:

According to a recent report by Zillow, if American homeowners moved at the same rate they did in 1990, there would have been about 2.8 million more homes sold in 2016. This would solve the ongoing inventory problem, but the fact is Americans just aren’t moving, for a number of reasons.

Elderly homeowners are the least likely to move, according to Zillow research, but the overall moving rate has been declining for all demographics. Additionally, the shifting age profile of the American population accounts for just one-fifth of the decline in the aggregate migration rate since 1990.

Another factor that may be weighing on inventory is negative equity. Following the housing crisis, many homeowners found themselves in homes worth less than their outstanding mortgage. This prevented plenty of homeowners from moving. Negative equity weighed especially heavy on the turnover rate in 2012 and 2013, according to Zillow. However, while negative equity was a major factor on the migration rate post-crisis, it still does not explain the current levels.

Zillow states that the heaviest factor weighing on inventory concerns is the rise in single-family rentals. Investors purchased numerous foreclosed homes in the post-crisis market and converted them into rentals. Since the recession, the share of single-family renters has increased from 12.7 percent in 2005 to 19.2 percent in 2016, while the number of owner-occupied homes fell by 680,00 in that same timeframe.

The higher amounts of rental homes means more options for homeowners and less for buyers, as rentals are put up for sale much less frequently. Zillow says that “the shift of single-family homes from the owner-occupied to the rental-occupied housing stock is a strong candidate to explain the structural shift in single-family home turnover, above and beyond the relatively minor demographic headwinds from aging.”

Sales to increase 3.5% this year

Single-family existing home sales are set to see their best year since 2006, driven by robust job gains and improving household confidence, according to the forecast from the National Association of Realtors.

While existing home sales are increasing, low levels of supply and rising affordability concerns are creating headwinds for sales and threatening the low homeownership rate.

The first quarter came in with the best sales pace for existing homes in a decade; NAR Chief Economist Lawrence Yun expects that pace to continue, finishing off 2017 with 5.62 million sales, the best pace since 2006. This would represent an increase of 3.5% from 2016.

And home sales aren’t the only thing predicted to rise. NAR also forecasts an increase of 5% in existing home prices in 2017.

“There’s little doubt first-time buyer participation would improve and the homeownership rate would rise if there was simply more inventory,” he said.

Yun predicted new home starts will rise 8.4% to 1.27 million in 2017. While an increase from the current pace, this is still 1.5 million homes below the amount needed to make up for insufficient building in recent years. New home sales are also expected to rise 8.4% from last year to 620,000 sales.

Jonathan Spader, Joint Center for Housing Studies senior research associate at Harvard University, joined Yun at the 2017 Realtors Legislative Meetings and Trade Expo to discuss the 2017 forecast. He explained the homeownership rate will hover between 61% and 65.1% as it faces headwinds such as an aging population, changes in family type and increasing diversity by race and ethnicity.

“Stagnant household incomes, rising rental costs, student loan debt and limited supply have all contributed to slower purchasing activity,” Spader said. “When the homeownership rate stabilizes, there will be an increase in homeowner households. Young and minority households’ ability to reach the market will play a big role in how much the actual rate can rise in coming years.”

But while home sales continue to rise to decade highs, economic growth is at its slowest since World War II. Mark Calabria, chief economist and assistant to Vice President Mike Pence, explained at the conference the housing market cannot be strong without a solid economic foundation.

And while the first quarter gross domestic product did come in at a disappointing 0.7% growth, the second quarter will see an increase to about 2.2%, Yun said.

“There was a lot of uncertainty at the start of the year, but a very strong first quarter sets the stage for a modest sales increase compared to last year,” Yun said. “However, prices are still rising too fast in many areas and are outpacing incomes.”

“That is why housing starts need to rise to alleviate supply shortages,” he said. “There will be more sales if there’s a meaningful bump in new and existing inventory.”

The share of home loans in foreclosure was 1.39 percent in the first three months of 2017, down 14 basis points from the fourth quarter and 35 basis points lower than one year ago, the Washington-based industry group said.

“In addition, nearly all states had a decrease in the percentage of loans in foreclosure in the first quarter,” MBA’s vice president of industry analysis Marina Walsh said in a statement.

Other measures on homeowners’ creditworthiness generally improved in the first quarter, MBA said.

The delinquency rate for mortgages on one- to four-unit homes decreased to 4.71 percent in the first quarter, down 9 basis points from the fourth quarter and 6 basis points lower from a year earlier.

The year-over-year declines in late payments and foreclosure actions on “conventional” mortgages that are guaranteed by Fannie Mae (FNMA.PK) and Freddie Mac (FMCC.PK) and ones backed by the Federal Housing Administration (FHA) and Veterans Administration (VA) stemmed from ongoing job growth and signs of rising wages, according to MBA.

“These fundamentals have helped to support the performance of all loan types – whether FHA, VA or conventional loans,” Walsh said.