Mortgage rates tumbled for the second week in a row as long-term bond yields fell to their lowest level in a month.

According to the latest data released Thursday by Freddie Mac, the 30-year fixed-rate average slid to 4.14 percent with an average 0.5 point. (Points are fees paid to a lender equal to 1 percent of the loan amount.) It was 4.23 percent a week ago and 3.71 percent a year ago.

The failure by the House of Representatives to pass health-care legislation last week fueled the move by investors from stocks to bonds, driving down yields. The yield on the 10-year Treasury fell to 2.38 percent Monday, its lowest level since late February.

Rates aren’t expected to move much in the coming week. According to Bankrate.com, which puts out a weekly mortgage rate trend index, nearly two-thirds of the experts it surveyed say rates will remain relatively stable, moving up or down less than two basis points. (A basis point is 0.01 percentage point.) Logan Mohtashami, a senior loan officer with AMC Lending Group, is one who predicts home loan rates will hold steady.

“Once again we are in a tight range for the bond market from 2.27 percent to 2.62 percent and we haven’t broken either level once,” Mohtashami said. “Pricing for rates will stay in the same range until something on the macroeconomic side or headline side gets us over or under this channel in yields for the 10-year [Treasury].”

In addition to lower mortgage rates, which increases affordability, more good news arrived for the housing market this week. Pending home sales were up 5.5 percent in February, according to the National Association of Realtors. New-home sales also rose last month. 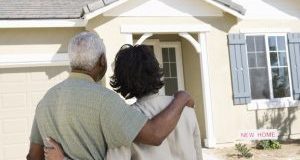 Seniors Are Worth Trillions in Equity

Seniors are sitting on trillions of dollars in equity, according to the National Reverse Mortgage Lenders Association (NRMLA). The association reported that retirement-aged homeowners saw an increase of 2.8 percent in home equity, or $170.7 billion, in Q4 2016. This puts their total housing wealth at $6.2 trillion.

Home values for homeowners aged 62 and older in Q4 2016 grew by 2.4 percent, according to the NRMLA/RiskSpan Reverse Mortgage Market Index. The index reports an all time high of 221.75, and a year-over-year increase of 9 percent.

“The strong RMMI in the fourth quarter of last year shows that home equity continues to be a valuable asset for homeowners 62 and older,” said NRMLA President and CEO Peter Bell. “It’s time for consumers to study what it means to have home equity and to learn about its strategic uses, including how it can be used to support retirement goals.”

Despite the increase in equity and value, seniors are unwilling to tap into it. Fannie Mae’s National Housing Survey found that 37 percent of senior homeowners feel concerned for their finances in retirement, and only 6 percent of seniors are interested into tapping into their home equity to address these concerns.

The low rate of equity access through mortgage products among seniors may be due to a desire to stay out of debt, or the increased number of seniors who stay in the workforce into old age. Additionally, poor financial literacy and complexity as well as the high costs of some mortgage products may steer seniors away from such products. These factors combined have led to a large, untapped amount of wealth.

Research from the National Council on Aging (NCOA) and the Center for Retirement Research (CRR) at Boston College both show that seniors are not willing to consider their housing wealth as a financial resource in retirement. Seniors require extra knowledge of home equity tools, such as reverse mortgages. 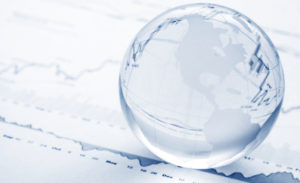 Case-Shiller reaction: What to make of record high home prices

Zillow, Quicken Loans, First American and others weigh in

The latest S&P CoreLogic Case-Shiller Indices showed that home prices hit a 31-month high in January, but will those record prices be a speed bump or a brick wall for home buying moving forward?

Opinions appear to be a bit mixed in that regard, with some analysts viewing January’s data as a significant drawback for certain segments of the home-buying market, while others say the rising prices aren’t a concern, yet.

“Today’s Case-Shiller data showed continued growth in home prices, but don’t account for the millions of home shoppers nationwide who pushed the start of their home shopping efforts into February and early March, hoping to get a jump on their competition in the face of persistently low inventory,” Gudell said Tuesday.

“By now, the familiar dynamics driving the U.S. housing market to new heights – namely, high demand from home buyers and limited supply of homes for sale – are well-entrenched, and the next few months look to be as competitive and fast-moving as ever,” Gudell continued.

“Over the long term, the prospect of rising mortgage interest rates looms large over the market. Rising rates may cool rapid home price growth – especially in more-expensive coastal markets – but will also dent overall home affordability,” Gudell added. “But rates are rising slowly and what inventory is available continues to fly off the shelves. Nobody should expect these overall market forces to shift meaningfully overnight.”

Trulia’s senior economist, Cheryl Young, said that the impact of rising prices and rising rates will really be felt by would-be, first-time buyers.

“There is little sign of relief from high home prices as we enter the spring home-buying season. The tough buying market is characterized by competition driven by low inventory and challenges for first-time homebuyers as prices outpace income growth,” Young said.

“Mortgage rates are trending lower than expected despite the Fed rate hike earlier this month,” Young said. “This points to uncertainty in the financial markets, which will continue to color mortgage rate performance and keep home prices tracking higher.”

“Home prices continue to reach new heights, propelled by the lack of available housing,” Banfield. “This is the narrative we have heard many times, and it is likely to continue until construction increases and provides more options to both move-up and first-time buyers.”

On the other hand, First American Chief Economist Mark Fleming suggested that January’s house price data and the specter of rising interest rates won’t actually impact home buying because houses will remain affordable even as prices and interest rates rise.

The real estate industry has something the Internet can’t offer: The human element

Steve Murray sometimes gets together with other old-timers in the real estate industry, shares some wine and inevitably gets around to remarking, “I sure would’ve thought it would’ve changed more by now.”

Murray, president of consulting firm Real Trends, has been tracking for 40 years how U.S. real estate agents do their jobs. And over the past decade, the Internet has disrupted almost every aspect of a transaction that sits at the core of the American Dream. Everyone now has free access to information that used to be impossible to find or required an agent’s help.

But as a new home-buying season kicks off, one thing remains mostly unchanged: the traditional 5-to-6-percent commission paid to real estate agents when a home sells.

While the Internet has pummeled the middlemen in many industries — decimating travel agents, stomping stock-trading fees, cracking open the heavily regulated taxi industry — the average commission paid to real estate agents has gone up slightly since 2005, according to Real Trends. In 2016, it stood at 5.12 percent.

“There’s not a shred of evidence that the Internet is having an impact,” Murray said, sounding like he almost can’t believe it himself.

The stickiness of the real estate commission is a source of fascination for economists and curiosity for consumers who are doing an increasing share of the home-buying legwork themselves online. It also offers potential lessons for workers in other industries worried about the Internet’s destructive powers. The Web has changed how agents hustle for a share of the estimated $60 billion paid each year in residential real estate commissions. But it hasn’t taken their jobs. In fact, the number of agents has grown 60 percent in the past two decades.

Consider the title of a 1997 article in the Journal of Real Estate Portfolio Management: “The Coming Downsizing of Real Estate: The Implications of Technology.”

In the mid-2000s, the arrival of real estate tech start-ups like Zillow, Redfin and Trulia spurred a fresh dose of anticipation. “Realtors’ sacrosanct commission rates of 6 percent may be in danger,” warned “60 Minutes” in 2007. Jeff Jarvis, a City University of New York professor who examines the Internet’s effects, wrote a 2006 blog post predicting, “Real estate agents are next.”

Agents thought so, too.

Charts break down servicing at the top seven banks

Keeping up with the rest of the year, the Office of the Comptroller of the Currency’s latest quarterly report on mortgages showed that borrowers are continuing to get better at paying their mortgages.

The overall performance of first-lien mortgages continued to improve, while the number of loans in delinquency continued to decline, according to the OCC’s fourth quarter 2016 report.

The report falls in line with previous reports that showed the overall performance of mortgages improving from the previous year.

As of Dec. 31, 2016, the reporting banks serviced approximately 19.8 million first-lien mortgage loans with $3.45 trillion in unpaid principal balances, making up 35% of all residential mortgage debt outstanding in the United States.

Of the loans serviced by the seven largest banks, the overall performance of mortgages improved from a year earlier. The percentage of mortgages that were current and performing at the end of the fourth quarter of 2016 increased to 94.7%, compared with 94.1% a year earlier.

Servicers initiated 45,495 new foreclosures in the fourth quarter of 2016, falling 5.1% from the previous quarter and 28.2% from a year earlier.

As mentioned in previous reports, it’s important to note that the servicing share that the seven banks hold is dropping.