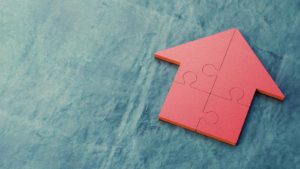 How tough is it to get approved for a mortgage? How low can your FICO credit score go before your lender shows you the door? And how much monthly debt can you be shouldering — credit cards, student loans, auto payments — but still walk away with the mortgage you’re seeking?

You might be surprised. New data from technology company Ellie Mae, whose loan application and management software is widely used in the mortgage field, reveals that even if you’ve got what seems to be a deal-killing low FICO score or you’re carrying a mountain of debt, you still might have a shot at qualifying for a mortgage to buy the house you want.

Purchases of new U.S. homes fell in December to a 10-month low, suggesting the post-election jump in mortgage rates pushed out potential buyers.

Single-family house sales dropped 10.4 percent, the most in almost two years, to a 536,000 annualized pace, Commerce Department data showed Thursday. The median forecast in a Bloomberg survey was for 588,000.

The figures indicate that the increase in mortgage rates curbed momentum in the housing market after steady job gains and historically low borrowing costs helped push full-year sales to the highest since 2007. Stricter lending standards also remain a hurdle for buyers this year.

The average interest rate on a 30-year fixed mortgage reached 4.32 percent at the end of December, the highest since April 2014, according to Freddie Mac figures. That was up from 3.54 percent just before the Nov. 8 election. It was 4.09 percent in the week ended Jan. 19.

It’s been a busy first week in office for President Donald Trump, with executive orders on immigration, energy, trade, health care, and more being handed down daily.

But executive orders are just the preamble to the big initiatives that Trump and the Republican majority in Congress are expected to push for shortly.

Chief among those is the “dismantling” of the Dodd-Frank Wall Street Reform Act.

And on Thursday, the American public got a reminder that the president and his party plan to keep that promise.

Speaking before the Congressional Republican Retreat, Vice President Mike Pence said that dismantling Dodd-Frank and its “overbearing mandates” remains a top priority for the Trump administration, a statement that was greeted by applause from the collected Republicans.

After Trump and Pence spoke to the GOP retreat, House Financial Services Committee Chairman Rep. Jeb Hensarling, R-Texas, issued a statement saying that he intends to continue pushing for the replacement of Dodd-Frank with a new financial reform package. 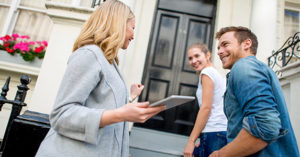 First-Time Home-buyers Are Ready to Test the Housing Market. Can They Find a Home?

First-time home-buyers are finally ready to jump into the market. They’ve met tougher mortgage qualifying standards in recent years, they’ve saved up for down payments, they’ve done their homework and know what they can afford.

But can they actually find a home?

The biggest problem facing first-time home-buyers these days is the low inventory of homes for sale in the starter home price range.

“That’s a real problem,” says Nela Richardson, chief economist for Redfin, a national real estate brokerage. “Just because you got financing doesn’t mean you get a home. It’s a hard market.”

According to the National Association of Realtors, the number of homes for sale nationwide at the end of November 2016 was 9.3 percent lower than it was a year earlier, and the year-over-year totals have been dropping for the last 18 months. At the current rate of home sales, the inventory is only enough to last four months – short of the six-month inventory for a balanced market of home-buyers and available homes.

A slew of Donald Trump’s picks won approval by the Senate committees overseeing their official nominations, suggesting that they will face little resistance to approval by the full Senate.

The endorsement by the Senate Committee on Banking, Housing, and Urban Affairs, by a voice vote shown on its website, cleared the way for a full Senate vote on Ben Carson’s appointment as secretary of the Department of Housing and Urban Development (HUD).

Carson, 65, had promised senators on the committee during a confirmation hearing that he would monitor any potential conflicts of interest between his agency and properties controlled by real estate mogul Trump.

He also told lawmakers during a hearing on Jan. 12 that he was fit to lead HUD, an agency that offers housing to the poor, even though he has sometimes criticized its work.
Continue reading.
« Older Entries