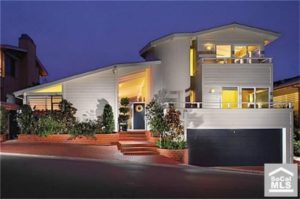 Billionaire and renowned investor Warren Buffett has seen mammoth appreciation for a getaway home he owns in Laguna Beach, Calif. He purchased it in 1971 for $150,000. Now Buffett is selling the six-bedroom, 6.5-bath home for $11 million.

Are there any lessons from Buffett’s savvy investment that others can draw from who are looking for high appreciation over time? Realtor.com® spotlights a few.

Distinguish between price and value.

Buffett first bought the home in Laguna Beach not as an investment but simply because his wife liked the home. And he still paid top dollar for it. The equivalent of $150,000 in 1971 is nearly $900,000 today, according to the Bureau of Labor Statistics’ inflation calculator. “While the town may have been no big deal at the time, the home’s nice layout and its proximity to the beach and to Los Angeles clearly offered value,” realtor.com®’s article notes.

Buffett shared some of his best investing advice with shareholders of his company, Berkshire Hathaway Inc., in 1989: “Time is the friend of the wonderful business, the enemy of mediocre.” Time in real estate tends to be on an owners’ side. Buy and hold property for, say, 46 years and you’re likely to see some appreciation (and pay off that 30-year mortgage).

Stay up to date.

The Laguna Beach home was originally constructed in 1936. The Buffetts remodeled it several times over the years, taking the opportunity to spotlight some of the strongest sales points of the home as well. The Buffetts expanded the square footage of the home and added in views of the beach area from nearly every room in the home, says Bill Dolby, the listing agent with Villa Real Estate. They also added several decks, including an oversized viewing deck from the family room.

Buy what you want to own.

Buffett didn’t originally buy the house believing he was going to make a fortune from it at resale. He just wanted a getaway for his family and they liked the area. They’ve spent many vacations and summers there over four decades of ownership too. “Viewed that way, he’s more than gotten his money’s worth, regardless of the appreciation,” the realtor.com® article notes. 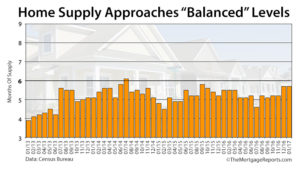 Buyers Of New Homes Could Gain The Upper Hand In 2017

According to the U.S. Census Bureau, more than half-million new homes were sold on a seasonally-adjusted, annualized basis, continuing last year’s momentum.

But new home supply is higher than it’s been more than a year, and negotiating buyers could gain the upper hand versus builders in 2017.

For now, a favorable mortgage environment is pushing new home sales ahead.

Today’s mortgage rates are low, and lenders are loosening credit standards rapidly. The result: more mortgage applicants are getting approved.

And, coming up with a down payment is rarely a problem anymore.

A program requiring just 3.5% down is the popular FHA loan. Not to be outdone, the USDA mortgage, also known as the Rural Development Loan, requires absolutely nothing down.

Both programs can be used to buy a newly-constructed home.

The report seeks to gauge the health of the new construction market.

A “new home” is one which has not been previously occupied, otherwise known as new construction.

For January 2017, HUD reports 555,000 new homes sold on a seasonally-adjusted, annualized basis, which was a 3.7 percent increase from the month prior, and 5.5% higher than one year ago.

The 2017 new home market is off to a stellar start, and home builders are optimistic.

The most recent Housing Market Index shows homebuilder confidence near its highest point in a decade, with home builders projecting sales for the first half of 2017 near multi-year bests.

Demand for new homes has been strong, too, as evidenced by the high number of buyers requesting tours of model units.

The good news for buyers, though, is that new home inventory is actually increasing.

Home value appreciation is ramping up in housing markets across the South, led by cities in Tennessee, Florida and Texas.

Nationwide, home values are up 7.2% year over year to $195,300, Zillow reported Thursday in its January Home Value Index.

Nashville experienced the highest year-over-year home value growth of the nation’s largest metropolitan areas at 12.4%, followed by Portland, Ore., and Tampa, Fla., at 12.1% and 11.9%, respectively. Other cities that have seen home values rise by more than 10% over the past year include Dallas-Fort Worth, Orlando, Fla., and Seattle.

“We spend a lot of time focusing on the West Coast, but powerhouse markets exist throughout the country,” Zillow Chief Economist Svenja Gudell said in a news release.

“Florida and Texas home values have grown quite a bit over the past several years, stealing the spotlight from slower moving markets like San Francisco, San Jose and Los Angeles. Slowdowns in the Bay Area, in particular, are driven by the fact that these markets are so expensive that many people can no longer realistically afford to buy there, limiting demand and reducing pressure on home values.”

Looking ahead, Gudell predicted that home value growth will slow throughout the rest of 2017 as a result of rising mortgage rates and worsening affordability nationwide.

Americans buy existing homes at fastest pace in a decade

Americans shrugged off rising mortgage rates and bought existing homes in January at the fastest pace since 2007. That has set off bidding wars that have pushed up prices as the supply of available homes has dwindled to record lows.

Home sales rose 3.3% in January from December to a seasonally adjusted annual rate of 5.69 million, the National Assn. of Realtors said Wednesday.

Steady job gains, modest pay raises and rising consumer confidence are spurring healthy home buying even though borrowing costs have risen since last fall. Some potential buyers may be accelerating their home purchases to get ahead of any further increases in mortgage rates. With few homes available for sale, buyers feel pressure to rapidly close a deal when they find a suitable property.

The typical house for sale was on the market for just 50 days last month, down from 64 days a year earlier. Strong demand is pushing up the median home price, which jumped 7.1% from a year earlier to $228,900.

Just 1.69 million homes were on the market nationwide in January, near the lowest level since records began in 1999. It would take 3.6 months to deplete that supply at the current pace of sales, matching a record low reached in December. In a balanced housing market, supply is usually equal to about six months’ worth of sales.

The supply crunch probably will get worse during the upcoming spring buying season, economists say, because demand typically rises by more than supply during that time.

“Relative to the number of households, the number of homes for sale is well through prior historic lows,” said Ted Wieseman, an economist at Morgan Stanley. “The level of inventories could be a much bigger challenge moving into much higher sales in the spring and summer.”

That, combined with higher mortgage rates, soon could restrain sales. 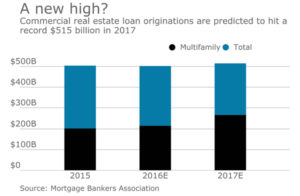 Commercial mortgage loan originations in 2017 are expected to increase 3% over last year to a record high, as market fundamentals and property prices remain strong, according to the Mortgage Bankers Association.

It projects total volume of $515 billion, with multifamily lending making up $267 billion. For 2016, the MBA estimated that there was $502 billion of commercial real estate loans originated, down from 2015’s $504 billion. Final numbers are expected to be released in March.

“Rising interest rates are likely to take a bit of wind out of the market, but even so, modest increases in originations should bring 2017 to record levels of borrowing and lending for commercial, and particularly multifamily, properties,” Jamie Woodwell, MBA’s vice president of commercial real estate research, said in a press release issued Monday.

Fannie Mae had $55.3 billion of multifamily loans originated through its Delegated Underwriting and Servicing program in 2016, which is the most that program has ever done, it said in a separate press release. It also issued $54.9 billion of CMBS in 2016.

Freddie Mac also set a record, with $56.8 billion of multifamily mortgages originated in 2016, it said in its own press release.

In the fourth quarter, there was a 7% year-over-year decline in CRE loan volume as there was a decrease in originations for hotel, health care and retail properties, the MBA said.