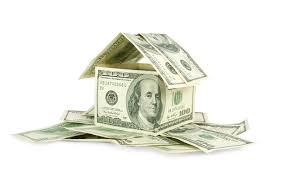 They’re either a valuable financial tool for homeowners or a harbinger of trouble on the horizon: Cash-out refinancings, which were wildly popular during the housing boom years and contributed to the severity of the crash, are on the rise again.

National mortgage investor Freddie Mac reports that 45 percent of all home loan refinancings in the final three months of last year involved cash-outs. That was the highest percentage since the end of 2008. Black Knight Financial Services, a mortgage technology and analytics firm, says homeowners pulled $31 billion from their equity holdings in the fourth quarter of 2016, a jump of 50 percent over the same period the year before.

In a cash-out transaction, borrowers come away with a new mortgage that is larger than the one being replaced. The borrowers pocket the difference between the old balance and the new mortgage amount and can spend it on anything they choose. In a simplified example, you could refinance a loan with a $250,000 balance, replace it with a $300,000 mortgage and walk away with $50,000, not counting transaction costs.

Much of the current cash-out surge is the result of steadily rising home prices and equity holdings since 2012. According to the Federal Reserve, American homeowners had more than $13.3 trillion in equity as of the end of last December, a $1.3 trillion jump over the same period in 2015. With more equity, rising numbers of owners have been attracted to the idea of using a cash-out refi to pay for remodeling their homes or consolidating high-interest credit card balances and other debts. Lenders don’t audit what borrowers do with the cash they pull out, so some of the money could well be spent on cars, overseas vacations or ongoing household expenses.

But when cash-out refis begin to soar, is that a positive or negative indicator for the housing market’s health? Critics such as Connecticut-based real estate analyst Keith Jurow say the trend today is reminiscent of the tail end of the boom years, and a little worrisome. Though banks and other lenders may have more rigorous underwriting standards than they did during 2003-2008, he says, they may be overconfident about how long housing price inflation will continue and how much of an equity cushion borrowers should be required to maintain. If too many owners get overleveraged, as millions did during the housing boom, any significant market downturn could spell trouble.