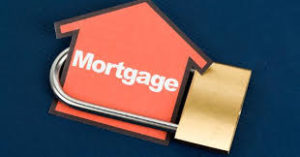 Nearly a third of American homeowners may have no idea what their mortgage rate is.

That’s according to new data from Bankrate, which surveyed 2,194 adults, including 1,330 homeowners. When asked, 29 percent of respondents with a mortgage either didn’t know their rate or wouldn’t say.  Understanding your mortgage rate is crucial because even the smallest difference can add up to tens of thousands of dollars over time. It’s an especially important number for homeowners with adjustable-rate mortgages, which rise and fall.

Let’s use a $200,000 home, since that’s approximately the median home value in the U.S., with 20 percent down and a 30-year mortgage as an example. A rate of 3 percent means you’d pay about $82,843 in interest over the length of the mortgage. A rate just 1 percent higher would cost $114,991 in interest — an increase of over $32,000.  With mortgage rates rising to their highest level in years, it’s becoming an increasingly important decision for homeowners with adjustable rates to consider switching to a fixed rate.
Read full article here