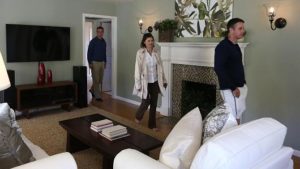 Both buyers and sellers alike are feeling very good about the housing market this spring, even as home values hit new highs and mortgage rates move up.

A monthly sentiment index from Fannie Mae rose to the highest level since 2011, when the survey began, thanks to a surprising surge from millennials.

Millennials are moving out of their parents’ basements and forming new households at a faster rate, according to Fannie Mae research, but they are still overwhelmingly forced to rent.

The leading edge of the millennial generation is, however, entering the housing market in larger numbers today, with some venturing out of their desired urban cores to more affordable suburbs. Millennials delayed both marriage and parenthood, but that is now changing.

“Millennial buyers, at 85 percent, were the most likely generation to view their home purchase as a good financial investment,” said Lawrence Yun, chief economist at the Realtors. “These strong feelings bode well for even greater demand in the future as more millennials settle down and begin raising families.”

Those numbers would likely be far stronger if home values were not being forced higher by tight supplies of homes for sale, especially starter homes. Nationally, home values rose 6.9 percent in January year over year, according to CoreLogic. That is far faster than income growth but slightly lower than the annual price appreciation in December — perhaps a sign that the jump in mortgage rates after the presidential election is cutting into prices, even slightly.