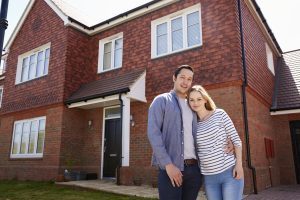 Millennials are finally entering the market, at least according to Ellie Mae’s recent Millennial Tracker, which shows millennials accounting for 86 percent of all closed loans in February.

Results of the Tracker also point to millennials’ overall time-to-close tightening, hitting just 44 days for the month—the shortest average time-to-close for this demo since March 2016. According to Joe Tyrell, EVP of Corporate Strategy for Ellie Mae, this is likely due to technology that allows lenders to automate some of their processes.

“Purchase loans are increasing, indicating that Millennials are continuing to enter the first-time homebuyer market,” Tyrell said. “In addition, we saw time to close decrease from 49 days in January to 44 days in February, which indicates that our lenders are seeing more efficiency as they embrace mortgage automation.”

Broken down by loan type, time-to-close was tightest on VA loans, which decreased from 57 to 41 days from January to February. Purchase loans dropped from 46 to 42 for the same time period, FHA loans dipped from 47 to 43, and refinance loans decreased from 58 to 52.

On a market level, the most millennial purchases by percentage were seen in Texas, with Odessa, Midland, and Beaumont-Port Arthur coming in at the top. Odessa was one of the top markets in February as well.

Overall, millennial purchases are on the incline, up 2 percent from January, as are FHA loans, which increased from 35 percent to 36 percent. Conventional loans remained stable, making up 61 percent of all loans for February. Refinances fell, however, dipping to 14 percent of all millennial loans—down 2 percentage points over the month.

Also falling for the millennial demo in February were FICO scores, dropping from an average of 724 in January to 723 over the month. Millennial scores peaked in August through October of last year, when they averaged 726. FICO scores were higher on conventional loans (747) than on FHA loans (690) and VA loans (745).

According to past iterations of the Millennial Tracker, millennial women—particularly those who are single—are more likely to choose FHA loans than their male counterparts.