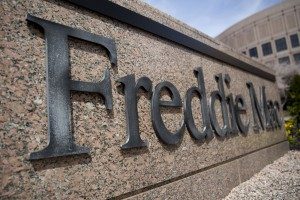 Mortgage rates retreated this week after a one-week spike following the Federal Reserve’s decision to raise its benchmark rate.

According to the latest data released Thursday by Freddie Mac, the 30-year fixed-rate average fell to 4.23 percent with an average 0.5 point. (Points are fees paid to a lender equal to 1 percent of the loan amount.) It was 4.30 percent a week ago and 3.71 percent a year ago.

“This marks the greatest week-over-week decline for the 30-year mortgage rate in over two months, a stark contrast from last week’s jump following the FOMC announcement,” Sean Becketti, Freddie Mac chief economist, said in a statement.

Financial markets had been betting on fiscal stimulus through tax cuts and infrastructure spending. Instead, President Trump has been bogged down by the health care overhaul bill. Anxious investors worry that health care reform will tie up Congress and delay implementation of Trump’s other policies.

Because of these concerns, they have been moving from stocks to bonds, driving down yields. The yield on the 10-year Treasury has plummeted 22 basis points — a basis point is 0.01 percentage point — since March 13.

Mortgage rates tend to follow the movement of long-term bonds. When the yield on the 10-year Treasury falls typically so do home loan rates.

Experts are divided on where rates are headed. Bankrate.com, which puts out a weekly mortgage rate trend index, found that more than half the experts it surveyed said rates will remain relatively stable in the coming week, moving less than two basis points up or down. About a third of the experts said rates will fall. Greg McBride, chief financial analyst at Bankrate.com, was among them.