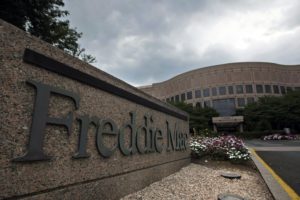 According to the latest data released Thursday by Freddie Mac, the 30-year fixed-rate average tumbled to 3.97 percent with an average 0.5 point. (Points are fees paid to a lender equal to 1 percent of the loan amount.) It was 4.08 percent a week ago and 3.59 percent a year ago. The 30-year fixed rate hasn’t dipped below 4 percent since November.

Because of uncertainty surrounding the French elections and tensions in North Korea, investors are scooping up bonds. That’s driving yields lower. The yield on a 10-year Treasury sank to its lowest point since November on Tuesday, dropping to 2.18 percent. Because home loan rates tend to follow the same path as long-term bond yields, they also fell.

“To the surprise of many, the dip in mortgage rates continued this week,” Becker said. “Mortgage rates are now at the lowest levels for 2017. The question is will this rally continue, or will rates quickly revert to the higher levels of just a few weeks ago. … Looking forward, it’s hard to see rates dropping further in the coming week. But if first quarter GDP disappoints next Friday, this drop in rates could have further to go.”