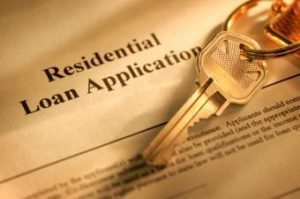 As mortgage applications increase, mortgage rates have begun to drop, according to data from the Mortgage Bankers Association (MBA) and Freddie Mac. The MBA’s Market Composite Index, a measure of mortgage loan application volume, rose 1.5 percent from a week earlier, while the 30-year fixed-rate mortgage dropped from 4.10 to 4.08 percent. The average loan size for purchase applications was at $318,700, a survey high.

Freddie Mac reports that mortgage rates are declining week-over-week, a trend that has continued over several weeks. Though early March saw a week-over-week jump, rates have declined since then, especially 30-year fixed-rate mortgages.

Additionally, the average contract interest rate for 30-year fixed-rate mortgages with conforming loan balances ($424,100 or less) decreased to 4.28 percent from 4.34 percent, with points increasing to 0.38 from 0.31 for 80 percent loan-to-value ratio loans. The effective rate decreased from last week.

As rates decline, refinances have declined with them. The refinance share of mortgage activity saw a decrease to 41.6 percent of total applications from the previous weeks 42.6 percent, according to the MBA. This is the lowest level since September 2008.