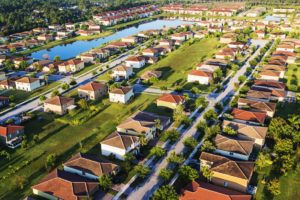 There’s a mismatch in the housing market. Demand is rising, yet homebuilders don’t have the capacity to create the supply the way they did in the boom years. They haven’t banked as much land, they haven’t filed the permits and they’ve become increasingly short of labor—one possible byproduct of the Trump administration’s crackdown on illegal immigrants. In fact, the nation is probably short about 700,000 homes on an annual basis. That explains why new home sales have been somewhat disappointing.

It also explains why sellers in many markets are now in prime position. According to Realtor.com, in December and January the supply of existing homes was 3.6 months, something that hadn’t happened since January 2005. In Seattle, for instance, the average time a house stays on the market is 36 days, compared with the national average of 90 days. In Dallas-Ft. Worth, it’s 42 days, according to Realtor.com. Combine that with the prospect of higher-priced mortgages thanks to the Federal Reserve’s decision to begin lifting interest rates and it makes buyers a little more motivated. “We’ve seen home sales surge because buyers are beginning to realize there is this expectation that mortgage rates will rebound: you might as well get in now,” says Bernard Baumohl, chief global economist at The Economic Outlook Group. He says prices are rising at twice the rate of inflation and more than two times the rate of average hourly pay. That’s bad news on the affordability front for first-time buyers who are trying to get onto the first rung of the housing ladder.

But it’s great news for empty nesters and other homeowners looking to downsize. Even better, there’s less of a supply constraint because developers have targeted the boomer market by building high service, luxury condominiums in major markets. And why not, says Peter Wells, a partner at Real Capital Solutions, which is developing a luxury condo tower in suburban Dallas: “When [boomers] sell their big place, they’re cash rich and it becomes all lifestyle driven.” Spring is a traditional time for buying and selling homes, and this season stands to be a busy one.