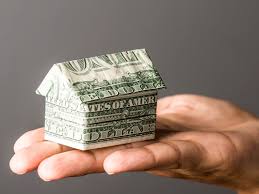 Here are 3 reasons why

Much of the commentary surrounding the Federal Reserve’s decision Wednesday to raise the Fed Funds rate by 25 basis points has been about how this is likely to increase mortgage rates, have a negative effect on home affordability, and potentially derail the still-wobbly recovery of the US housing market.

Respectfully, [we] disagree, and think the Fed’s actions might actually be good for the housing market for several reasons.

First, there will be an effect on consumer psychology: having now seen the Fed raise rates in 2017, and with two more rate increases considered very likely, potential homebuyers will get off the fence and into the market, in order to buy a house before rates go any higher.

Best case, this will increase the number of homes purchased in 2017; but in any case, it will almost certainly pull home sales that might have occurred later in the year into the spring and summer, which will have a stimulative effect on the economy.

Second, lenders will very likely loosen some of the ridiculously tight lending standards that have prevented millions of credit-worthy borrowers from getting mortgages.

This will happen partly just due to higher mortgage interest rates, which will provide a bit of a cushion for lenders to take on a little more risk. And higher rates will also drastically reduce the number of refinance loans being issued, which lenders will try to offset by doing more purchase loans.

Finally, the 25 basis point hike was actually significantly lower than the 75 to 100 basis point hike that most industry analysts had expected, which means it’s possible that today’s hike won’t cause mortgage rates to rise significantly from current levels, which are already the highest they’ve been in several years.

In this scenario – motivated buyers, relaxed lending standards, and marginal mortgage rate increases, coupled with what appears to be strong wage and job growth – the spring-selling season could be the strongest one we’ve seen in many years.