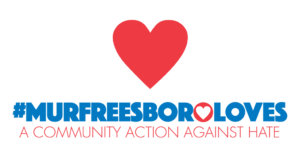 As long-time residents of the downtown business community, we feel it is necessary to acknowledge and denounce the unwelcomed infiltration of recognized hate groups in our neighborhood.

Lawyers Land & Title Services, LLC represents Middle Tennessee businesses and individuals with a commitment to providing a wide range of real estate closings and legal services. Our roots run deep in Middle Tennessee as evidenced by the active part we play in the community we represent. Our strong sense of community is reflected in the personal interest we take in each client which is why we oppose the violent rhetoric used by the organizers of this rally while also recognizing the right to free speech and protest. We believe our cultural differences and unique qualities are what make Murfreesboro and Middle Tennessee such an attractive and desirable place. #MurfreesboroLoves 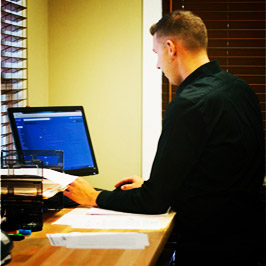 What does your title company do?

The very simple answer is that your title company searches and reviews the property history, addresses the “discoveries” and tackles the “problems” that the search and review process may reveal.

Any “simple” answer and description is just that — simple. Actually, the title company process is thorough, consequential and complex. Every home that you viewed and considered has a history. The title company’s responsibility is to track the history of the specific home you have chosen and make sure that the title to that home is clear.

Many residential properties have had multiple owners, so it is not surprising that in the process of transferring property from seller to new owner, oversights in the documentation may show up. Perhaps somewhere in the history of the residential property that you want to own there is a missing signature, unclear documentation of a dispute or other matters. Your title company is charged with the responsibility of searching the property’s history for accuracy, identifying anything that is not in order, investigating the facts and determining the remedies.

Before the property can be legally transferred to its new owner, any problems in its history must be handled. There may have been minor disputes concerning a property line, a private driveway serving more than one property or a common-use easement. There might be an unresolved mechanics lien or tax lien on record. The Health Department comes into the picture concerning water quality standards. You may be buying a property that is owned by multiple family members who are involved in disputes; or, the owners may be in the process of divorce. Whatever turns up in the “title search,” is going to be good news. That’s right. What you want is for your title company to discover and rectify any mistakes, oversights or even illegalities — before you assume ownership.

A Brief History of Title Insurance

In early recorded history, rights to land were established by occupancy. Wandering communities foraged the land and fought each other for control. Not until the Agricultural Revolution was land considered to have intrinsic value, due to the crops it could yield, that extended beyond a given year. In 1066 A.D., William the Conqueror introduced the feudal system to the British Isles and established the concepts of tenancy and sub-leasing. However, no one but the king had absolute ownership of the land. In 1660, Parliament abolished the feudal system, but many of the tenets (not tenants) remain with us today.

Skip to the American colony of what is now Pennsylvania in the 1700s. Disregarding prior claims by the Swedes and the Dutch (Henry Hudson), William Penn accepted land in lieu of cash from King Charles II. Penn systematically began conveying leasehold interests in Philadelphia and the surrounding areas by lottery, obtaining deeds of transfer from Indian tribes along the way.

Following the American Revolution, public sentiment held that since common blood was shed to preserve the new land, personal ownership should be enabled. After review of the Penn deed, Pennsylvania Chief Justice Thomas McKean disagreed and said the Penn claim held. Pennsylvanians went crazy, and the result was the Divesting Act of 1779. It transferred ownership interest away from the Penn heirs for the sum of $130,000. As a side note, had the Penn’s declined to accept the offer, the state’s citizens today may have found themselves living in a state of tenancy with all Pennsylvania’s lands being owned by the Penn heirs!

The Divesting Act established 67 counties, directed a recorder of deeds function in each county seat, and set up a search system that is still unique to Pennsylvania. Land was purchased upon the search of records and the assurance of qualified legal counsel as to the validity of title.

In 1868 in Philadelphia, a transaction was consummated which demonstrated very forcefully the necessity of having some further type of protection other than the mere examination of the records. It was the case of Watson vs. Muirhead in which Watson (buyer) sued Muirhead (searcher) for a substantial loss resulting from the purchase of property, paid for by Watson, that was sold instead at a sheriff’s sale (undisclosed lien).

Watson lost his lawsuit and his money. But as a result of the loss incurred in this transaction, for which the attorney and the conveyancer were not held liable, a group of individuals interested in the law of real estate decided that something should be done to protect innocent investors from such similar hazards.

So in 1874, the Pennsylvania Assembly enabled the creation of the Real Estate Title Insurance Company of Philadelphia. We know them today as Commonwealth Land Title.

What is Title Insurance?

This year marks the seventh year since the influx in bankruptcy declarations in 2010, therefore millions of Americans will see bankruptcies begin to fall off their credit report.

Over the next five years, about 6 million Americans will have their bankruptcies disappear, possibly sending a flood of more homebuyers into the housing market, according to an article by AnnaMaria Andriotis for The Wall Street Journal.

Data from the U.S. Bankruptcy Courts analyzed by HousingWire, shows Chapter 7 non-business bankruptcies peaked in 2010 during the housing crisis then decreased over the next few years before leveling off in late 2015 to 2016.

In 2010, the number of Chapter 7 bankruptcies, the most common type of bankruptcies which do not involve a plan of repayment and instead liquidate the filer’s assets, increased to nearly 1.14 million. Of those, nonbusiness Chapter 7 filings made up about 1.1 million, according to the U.S. Bankruptcy Courts.

For comparison, the number of Chapter 7 bankruptcy filings among non-businesses in 2007 totaled just more than 500,000, data from the U.S. Courts showed.

After hitting the peak in 2010, bankruptcies once again began to slowly decrease. In 2016, Chapter 7 non-business bankruptcies slipped to 473,673 filings.

Now, seven years later, these bankruptcies will begin to fall off, improving the credit score for millions of Americans, and enabling them to once again consider homeownership.

Credit scores reached a record high this Spring and the share of Americans in the riskiest borrower category hit an all-time low, according to the WSJ article. As bankruptcies continue to fall off credit reports, credit scores will continue to improve, and more consumers could begin to enter the housing market.

This will create even more competition in an already tight market. Home prices continue to increase as inventory levels drop. And experts say don’t expect it to let up anytime soon.

And Hispanic homeownership could also see an increase over the next few years as President Donald Trump and his administration seek to “dismantle” the Dodd-Frank Wall Street Reform Act, which could give lenders more freedom to originate loans outside traditional qualified mortgages. They could then, perhaps, extend more lines of credit to the Hispanic population.

And don’t forget first-time homebuyers. The most recent report from Ellie Mae shows where there is available inventory, Millennials are ready and willing to buy a home.

Overall, homeownership rates could boom over the next few years. That is, if struggling inventory levels can keep up.

This issue arises due to the nature of mechanic’s liens. Specifically, if a contractor does not receive duly owed payment for furnished labor, services or materials, then the contractor may file a lien against the real property for the amount owed (in accordance with state law). In addition, in most states, the priority of the lien typically relates back to the date that the labor, services or materials were initially furnished by the contractor. During construction (and after the title insurance policy is issued), a lender could lose its lien priority in an advance to a mechanic’s lien if the contractor’s work began before the future advance is disbursed.

A lender can insure against such a loss of priority by negotiating with the title insurer to (i) include mechanic’s lien coverage in the title policy jacket or (ii) obtain certain endorsements to the title policy for such coverage. Those familiar with the American Land Title Association (ALTA) forms of titleinsurance policies and endorsements know that the standard covered risks include: